Just last month FBI Director James Comey advised that anyone using a webcam put tape over it to block out webcam spies, comparing it to locking your door. It was already revealed in recent years that hackers using spyware can both watch you and hear and record your conversations through the webcam’s microphone, so is the FBI director going far enough in his counsel? What he should be saying is, “Tape over your webcam camera and microphone.” Or, better yet, unplug it from its USB port completely when not in use. And, if that’s too inconvenient for you because you use your webcam all the time, then get something rigged up that blocks the camera and microphone between webcam sessions, for Pete’s sake! 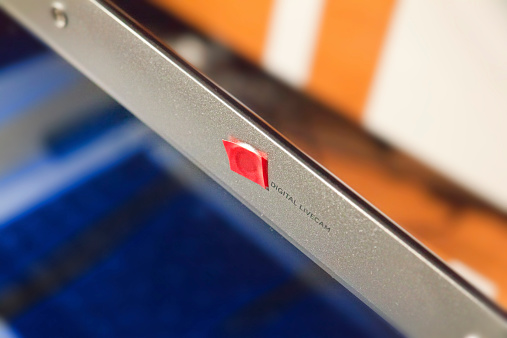 Back in June, Mark Zuckerberg was seen in a video with his own web camera taped up. In April, Comey said that he was taping up his own webcam, so why the months-long wait to make an official statement on the matter? Probably because Comey has been busy being grilled by congressman Trey Gowdy over his bumbling “investigation” into the emailing (and other) crimes and cover-ups of Hillary Clinton. One wonders if he remembered to tape up his webcam before he went to Capitol Hill under subpoena.

“You go into any government office and we all have the little camera things that sit on top of the screen. They all have a little lid that closes down on them. You do that so that people who don’t have [the] authority [to] don’t look at you. I think that’s a good thing,” said Comey in a recent statement. The most telling thing here may be that James Comey referred to webcams as “camera things”. The title of this post might just as well be, “Tape Over Those Camera Things That Sit on Your Screens,” but digress we must, due to this widespread affliction of untaped-up camera thingies.

Seriously, a little tape might not be enough to thwart determined webcam spies. As this writer does, you may want to go ahead and just unplug your webcam from its USB port and stick it in a drawer between Skype sessions and webinar meetings, for that added assurance that hackers with nothing better to do want to listen in on your private (and important business) conversations.

Ex-NSA hacker and Mac security expert Patrick Wardle has just recently released a free tool for Mac users that monitors your computer and alerts you to when any application, such as Skype or FaceTime (or even a questionable app) is accessing your webcam and microphone in an “untoward” way. Wardle argues that a piece of tape can only get you a certain amount of security, though. He points out that spyware piggybacks on FaceTime and Skype sessions, blending in undetected.

“These are the kind of things that as an attacker you would want to record anyways, because otherwise I’m just sitting at my desk petting my dog,” Wardle said jokingly. He returned to a note of seriousness, though, saying, “I want to know who and what is using my webcam.”

Have Questions About Webcam Security?

If you need further advice about preventing webcam spies from listening-in on you, {company} is a proven leader in providing IT consulting and cybersecurity in {city}. Contact one of our expert IT staff at {phone} or send us an email at {email} today, and we can help you with all of your spyware and webcam spy prevention questions or needs.