Do YOU Leave USB Drives Laying Around?

With flash-based storage devices like USB thumb drives becoming more affordable with each passing day, it’s common to find one – or many – laying around offices, classrooms and more. If you’re the type of person who stores important documents on a thumb drive and then doesn’t immediately put it away for safe keeping you may want to think again. According to a new study, many people almost instinctively plug USB flash drives that they find into the nearest computer and take a look at all the information contained inside. 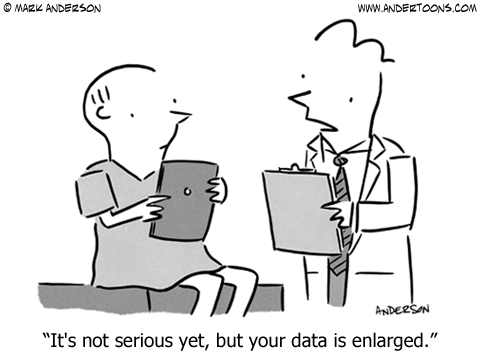 The study in question was conducted by Google in association with both the University of Illinois and the University of Michigan. Researchers placed 297 different USB drives at different locations around campus always making sure to leave these little devices sitting around at different times of the day. The results were startling: between 45%-98% of all people who eventually found a drive eventually plugged it into a computer despite the fact that they did not own it. The shortest amount of time someone waited before plugging in a drive was just 6 minutes, meaning if you ever forget a flash drive behind in class you’d better act sooner rather than later to retrieve it.

Interestingly, researchers tried a number of different ways to see if physical characteristics made a difference when people found flash drives that they didn’t own. Some of the 297 flash drives had labels on them while others didn’t. Some were sitting by themselves, while others were attached to a set of keys. Ultimately this made no difference: if someone found a flash drive, regardless of where, what time of day it was or how it looked they were incredibly likely to run to a computer and take a look at the contents.

So What Does This Mean?

Researchers indicated that the majority of people who found themselves unwitting participants in the study were victims of their own curiosity above all else. All of the flash drives had identical contents – a mixture of personal and professional materials. Instead of opening a resume (which one could assume had contact information that could be used to help the owner of the drive recover his or her property) the “participants” instead chose to look at personal items like vacation photos first.

In the end, the study paints an important picture of the types of threats that are facing both personal and business users today. Everyone thinks that they must prepare for a massive hack or other cyber attack but this study shows that less advanced and almost naively technical attacks continue to be one of the most pressing threats facing computer users today.

In terms of the business community the study also sheds light on just how important security awareness training really is. Remember that it isn’t just the personal documents on the flash drive that could be exposed – if an employee plugs in a flash drive that they don’t own that is loaded with malicious software they could be exposing themselves and an entire business to digital harm.

If you’re in {city} and you’d like to find out more information about keeping your important data safe while storing it on a USB flash drive, or if you’re in need of any other assistance regarding IT and technology-related topics, please feel free to call {phone} or email {email} to speak to a representative at {company} today. We’re always available to answer any questions or address any concerns that you may have.