Most of us use computers that run the Windows operating system. The ubiquity of Windows has certainly improved efficiency yet it also makes the operating system a convenient target for wrongdoers. As recent history has shown, hackers are setting their sights on Windows. The unfortunate truth is that this operating system is far from flawless, especially in the context of digital security. 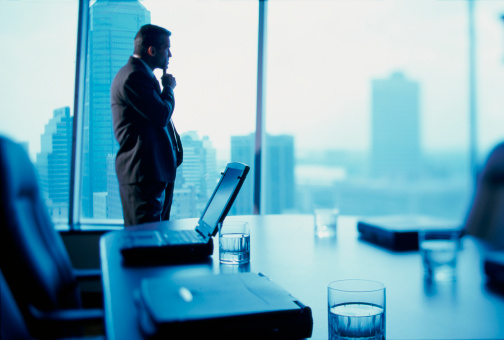 The Fallibility of Windows’ “God Mode”

Windows devices have what is referred to as a “God Mode” that empowers those who are aware of its existence to tap into additional capabilities. This hack is lauded for the fact it provides direct access to an array of control panel menus that it subdivides into appropriate categories. Yet this time-saving mode also opens the door to the attacks of malicious “e-thugs”. Savvy hackers know how to use God Mode to access a computer user’s private data. A variation of this malware called Dynamer has also reared its ugly head. Dynamer nestles into a master control panel directory while remaining unseen within the folder dedicated to God Mode. This occurs due to the fact that the God mode folder is not always recognized by each and every application. As a result, security programs often fail to identify Dynamer’s presence. This covert malware accesses the Desktop Connections and RemoteApp applications on the control panel to conceal its activity. This nasty malware actually assigns itself the Windows command name of “com4” to prevent the system from pinpointing it as a threat. The fact that com4 is identified as a seemingly innocent Windows command precludes its deletion. Thankfully, it is possible to eliminate this malware by deleting it within the Task Manger and executing a command prompt.

Malware also abuses system management tools through a code that specifically targets PowerShell. This Windows scripting program is a common target for hackers who aim to take advantage of Microsoft systems. PowerShell operates in the background, making it extremely difficult to identify potential threats. PowerShell can even be manipulated to pilfer system data including usernames and passwords even if an executable file does not exist. Trend Micro digital security aficionados report that PowerShell is also being abused to infiltrate computers with a highly nuanced malware that steals and/or manipulates tax return documents.

The latest PowerShell exploitation involves a delivery of a FAREIT software that attempts to steal software along with computer users’ personal information. The FAREIT malware programs are generally employed in an attempt to download harmful code to systems and install programs to steal valuable or sensitive information. Examples of common FAREIT targets range from usernames to passwords, directory lists, server names and port numbers. Upper echelon hackers have even used this FAREIT variant to steal bitcoin currency. The newest version specifically targets Windows’ PowerShell with an infectious e-mail that contains a tainted Word or PDF file as an attachment. The hackers behind this malware have taken the time to disguise it as a legitimate business document such as a financial statement. The average employee often falls prey to this trap as he assumes that the attached file contains important information pertaining to his assigned responsibilities and/or the company in general.

How to Fight Back

Windows certainly has its fair share of shortcomings yet users are not powerless. Anyone who operates a Windows device should install security software to filter out spam messages and correspondence that includes potentially malicious files. {company} is the trusted choice when it comes to staying ahead of the latest information technology tips, tricks, and news. Contact us at {phone} or send us an email at {email} for more information.

Why CEOs Should Care About IT

How PoS Attacks Can Stifle a Business