Why Are Millions of People Still Running Windows XP, and What Does This Mean Moving Forward?

Originally released in October of 2001, Microsoft’s Windows XP quickly became one of the most popular operating systems in the history of personal computing. It featured a number of advancements over its predecessor from its completely redesigned and streamlined graphical user interface (GUI) to a number of features designed to bring businesses into the 21st century. It should come as no surprise that over a billion copies were estimated sold between 2001 and 2014 alone.

Even though Microsoft has subsequently released numerous successors including the Windows Vista, 7, 8, 8.1 and Windows 10 operating systems, there are STILL millions of computers powered by Windows XP as of 2016. Make no mistake: this is very much cause for concern for a number of important reasons. 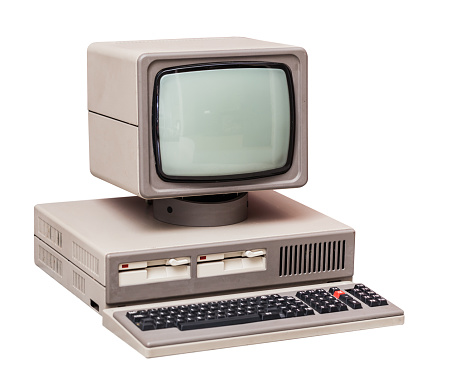 To simplify things as much as possible, there are two key reasons why millions of computer users – especially business users – still have computers with Windows XP in 2016. For starters, Windows XP was a legitimately groundbreaking operating system. It features an almost startlingly-intuitive user interface expanded multimedia capabilities and a deep level of hardware support that proved particularly valuable for business users.

The second main reason, however is that XP’s successor Windows Vista received an incredibly poor reception early on. Despite the fact that Windows 7 and eventually Windows 10 were legitimate improvements, the damage had already been done. But rather than shell out huge amounts of money to switch to a competing platform like Mac OS X, business users in particular chose to just “stick with what they knew” and further entrenched themselves into the Windows XP ecosystem.

To put this into a different perspective, there are more computers in the world running Windows XP than there are Windows 8.1 and all versions of Mac OS X combined.

Why Is This a Problem?

The fact that so many people are still using Windows XP is a problem for a very simple reason – Microsoft themselves has stopped supporting it. Mainstream support for the operating system ended in April 2009, meaning that home users would no longer be receiving updates. Extended support (an update track commonly employed by businesses) ended in April 2014.

Updates are hugely important to an operating system, not just for fixing bugs and adding new features but also for addressing newly discovered security vulnerabilities. A company like Microsoft is in a never-ending security race. Whenever a hacker discovers a new vulnerability, Microsoft must work quickly to patch it. Hackers will then discover a new vulnerability that Microsoft will then close with this process continuing indefinitely.

Because Windows XP is no longer supported and hasn’t received an update in years, this means that ALL newly discovered vulnerabilities are essentially permanent. Any computer running Windows XP in 2016 is essentially just waiting to be compromised. If that computer is connected to a business’ Intranet providing access to file servers containing confidential client information, you can begin to get an idea of just how big this issue really is.

If you’re in {city} and you still have questions about why millions of people are still running Windows XP as an operating system, or if you’d just like to speak to a professional about how to best address your own business’ IT needs moving forward, please always feel free to call {phone} or email {email} to speak to someone at {company} today.

Microsoft Excel Tips and the Benefits of Using It

The Importance of Information Security Compliance