The Scoop On Li-Fi Internet

The concept of a typical light bulb used to provide light in a home being used to transmit data may seem far-fetched to some, but in actuality, the technology is closer to being a reality than many realize. With the introduction of Li-Fi, standard household lighting could soon offer a means of data transmission that could work at speeds up to 100% faster than Wi-Fi.

Harold Haas, of the University of Edinburgh, first invented Li-Fi in 2011. The technology uses visible light communication (VLC) to send information at incredibly fast rates of speed. This works essentially like an extremely fast signal lamp, relaying messages in binary code. Previously, during lab experiments, this technology was able to transmit at speeds of approximately 224 gigabytes per second, compared to Wi-Fi ‘s performance of about 600 megabytes per second.

Estonian startup, Velmenni, is now starting to implement this technology into real word situations, who have begun to test Li-Fi connectivity in a variety of industrial and office environments. At this point, they have been successful in achieving connectivity speeds of around 1 gigabyte per second.

The Benefits of Li-Fi

There are many benefits of Li-Fi connections over Wi-Fi. Some of the most obvious benefits include:

Haas recently demonstrated the new technology on an episode of TedTALK, stating that ordinary household LED bulbs can easily be converted into transmitters in order to provide internet users with more efficient connections. He stated this could by done by simply outfitting a small microchip into a basic illumination device, effectively combining two functions, illumination, as well as data transmission.

While we are still in the beginning stages of determining whether or not Li-Fi can be feasibly implemented worldwide, VLC technology is already proving useful in a number of applications, including children’s toys. 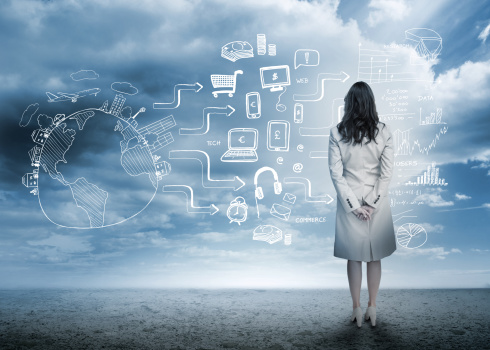 {company} is the preferred choice for managed IT services in {city}. Call us at {phone} or email us at {email} for more information.

5 Ways to Protect Your Organization against Ransomware

5 Simple Ways to Protect Your Business from Hackers