Protect Yourself Form The Growing Threat Of DDoS Attacks

There is a growing epidemic in today’s business environment. Distributed denial of service (DDoS) attacks are becoming increasingly common among business and personal servers. 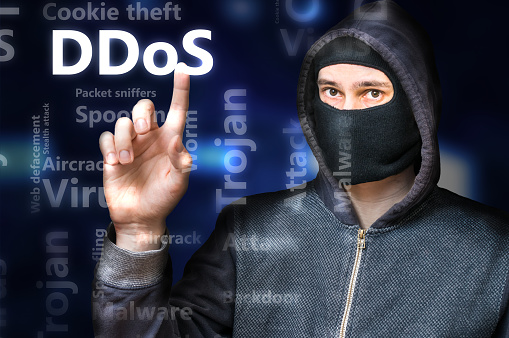 As these attacks become more frequent, the criminals behind them grow more and more effective. Compared to this time last year, the number of reported occurrences of DDoS attacks has risen by 150%. The attacks are happening in as little as 15 hours, which is just less than half of the time it took in the previous year. Hackers are also using multiple vector-based attacks, making them even more difficult to spot.

What is a DDoS Attack?

A DDoS attack is when a hacker infiltrates and overloads or shuts down your servers so that users cannot access them. They do this by bombarding the servers with more requests and traffic than it can process. Cybercriminals traditionally target web servers in hopes of making a company or individual’s website unavailable.

DDoS attacks are more than just acts of vandalism. Although the hackers don’t steal or compromise any data, the operational disruption from the attacks can be costly to the hosting organization, as well as to a business that suffers from a loss of customers during the time its website is down.

Where are These Attacks Coming From?

Most DDoS attacks come from within certain countries, including:

The vast majority of these malicious attacks target your company’s infrastructure, where they can do the most damage. These attacks tend to target the same victims repeatedly; the average victim will experience anywhere from 24 upwards to 200 attacks. This causes major strain on your server and causes repeated operational disruptions.

The industries attacked most often include:

Combat DDoS and other malicious attacks by creating a robust security system and a strong business continuity plan. For more information on DDoS attacks, call {company} at {phone} or send an email to {email} to speak with a member of our team about what we can do to help safeguard your company.

Did you know that March 31st is World Backup Day?