Backing Up Your Data: The Good, The Bad and The Ugly

Data loss is not some fabricated threat publicized by the IT-industrial complex to drum up more business. Hundreds of companies every year suffer significant data loss, and it could happen to you, too 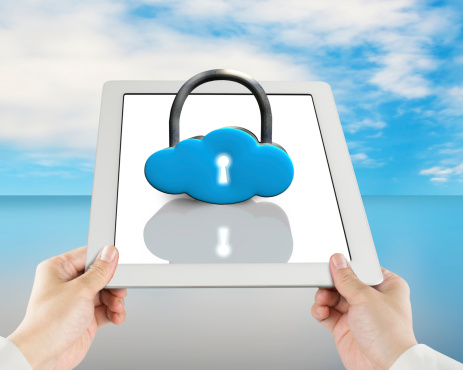 Fire the wrong guy, and he might just use his knowledge of your systems to delete some of your most sensitive files as payback. Even more likely is that an employee with no malicious intent deletes some important data on accident. Or maybe the weather takes a rather Old Testament turn and floods your office, sets it on fire, or throws a tornado curveball, destroying everything including your computers and your backup drives.

A data loss disaster can hit you at any time from any angle. You have to always be prepared for such a disaster by backing up your data in the most effective way possible. Let’s color this review with a Sergio Leone theme (why? well, why not?) and go over the good, the bad, and the ugly when it comes to backing up your data.

The Bad: Tape and Disk Drives

Even if you are backing up your data, if you’re doing with only physical drives then you’re not doing enough. Such drives are often located on-site, so if some disaster strikes your office, your data is destroyed as well.

Tape drives are not even safe in a fire-proof safe or file cabinet, as those devices are designed to protect paper records and anything lower than 424 degrees (or 451 degrees according to Ray Bradbury) won’t burn paper, but the temperature inside a fire-proof safe can get hot enough to melt the more sensitive magnetic tape of a tape disk, even though the papers will be fine.

Disk drives are a little more advanced, but they still are susceptible to crashing. They’re also less physically durable than tape drives. Drop a tape drive, and it will be probably fine even with the jostling. Drop a disk drive, and you better hope whatever was stored on that drive wasn’t too important; because there’s a good chance it’s gone now.

Unless you live under a rock, you’ve heard of the cloud… and it seems like we’re getting to the point where even rocks will soon have Wi-Fi and probably GPS as well, and then there will be nowhere for hermits in metaphors to hide…

Anyway, he cloud has infiltrated our pop culture so much that there was even a recent comedy starring A-list, maybe B-list actors Cameron Diaz and Jason Segal. That movie was Sex Tape, with a plot revolving around a couple accidently sending a homemade sex tape up to the cloud. Sex Tape was pretty much a critical and commercial flop, but its commercials got heavy play before it was released, so a lot of people heard a frustrated Jason Segal in the ad, responding to his wife’s confusion on why they can’t get their home movie “back down from the cloud”:

“No one understands what the cloud is! It’s a mystery!”

Jason Segal’s words echoed the sentiments of many trying to navigate today’s complicated tech world.   Everyone has heard of the cloud, but not near as many people actually understand it.

Well, it’s not really that complicated. Storing data on the cloud simply mean you are using the internet to store your files on a remote server rather than on-site. This set-up offers many advantages, the most prominent being that, unlike with the previous technologies we went over, physical damage is no longer a threat to your backups.

The Ugly: Anyone Not Doing Enough to Protect Your Data

Tape and disk drives are bad, but they don’t deserve an “ugly” designation. It’s not their fault they’re obsolete… the first tape drive was released way back in 1951, the first disk drive in 1956. It’s just not fair to expect a 60-year old technology to be as effective as what the cutting edge has to offer.

The ugly is you. That is, it’s you if you read this article, process the information we have so thoughtfully arranged for you, and still don’t upgrade from on-site drives to cloud storage. Actually, you can never be too safe, so you should keep some physical backups handy in addition to backing up your data on remote servers. At the very least, take advantage of the latest developments in data security and get on the cloud.

Transitioning to the cloud will cost you a little money up front, sure, but it will protect you from the possibility of losing many hours of work and thousands of dollars of data, a possibility that is all-too-present with physical drives.

Have any data loss horror stories of your own to share? Let {company} know at {phone} or {email}.

Why Does Your Business Need Data Backup & Disaster Recovery?

Watch Out for Suspicious Emails Claiming to Be From Outlook!