Kaspersky Lab and B2B international conducted a study which found that a DENIAL OF SERVICE (DDoS) attack can cost companies big – averages run from about $52,000 to $444,000 in loses depending on the size of the company. Not only is this obviously a huge financial strain in and of itself, but it can also do long-term damage to a company’s reputation.

According to the study, 61% of DDoS victims suffered temporary loss of access to critical business data, while 38% were unable to carry out their business. 33% of companies that responded reported loss of contracts and business opportunities. Insurance premiums were increased in 26% of cases, and 29% found a negative impact on their credit rating.

These sums include the cost of remediating the consequences incurred by the attack, such as the 65% of companies who consulted with IT specialists afterwards. Kaspersky reported that 49% of firms paid to fix their IT systems, while nearly 50% had to consult with lawyers or risk managers. 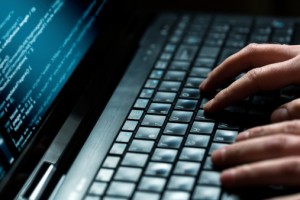 What Are You Willing To Risk By Not Completing A Cyber Risk Assessment?

In most cases, DDoS attacks and the disruption they cause become public – 72% of victims said they made information available through their resources, 43% spoke to customers about the breach, and 26% spoke directly to the media. Of those, nearly 40% of companies said that they suffered a blow to their reputation as a result of the attack.

The attacks ability to totally disrupt work and lead to loss of wages had led to increased awareness of DDoS attacks, as well as urging of companies to consider DDoS protection as part of their IT security procedures. Kaspersky lab has warned that protecting against these attacks is as crucial as blocking malware, data leaks and any other security breaches.

Kaspersky Lab provides access to its clients’ online resources during complex attacks and works to prevent infrastructure and services from being overloaded.

To learn more about the harmful potential of DDoS attacks and other cyber security issues contact {company} at {email} or by phone at {phone}.

5 Important Tips to Improve Your Marketing Results on Twitter

Is it time to break up with your IT services company?